Brooklyn Bridge for me is one of the most exciting buildings in New York. Spanning over the East River it connects New York's boroughs Manhattan and Brooklyn. The bridge is 486m long, 84m high and is the first steel-wire suspension bridge ever constructed. By the US government it was designated a National Historic Landmark by the National Park Service in 1964, a New York City Landmark by the Landmarks Preservation Commission in 1967 and a National Historic Civil Engineering Landmark in 1972.

Construction of the bridge began as early as in 1869 and it was initially designed by a, how else could it be, German-born engineer, Johann August Roebling. Roebling never saw his bridge, he died after an accident in the early time of construction. His son, Washington Roebling, finished the supervision of the construction after his father’s death.

The bridge was opened for public use on May 24, 1883. Emily Warren Roebling, Johann August’s widow and Washington Roebling’s mother was the first to cross the bridge. On that day it was the only land passage between Manhattan and Brooklyn and 1,800 vehicles and 150,300 people crossed the bridge. Six days later rumors were spread that the bridge is collapsing which caused a stampede and at least twelve people died. P.T. Barnum helped to squelch doubts about the bridge’s stability – on May 17, 1884 one of his most famous attractions, Jumbo, led a parade of 21 elephants over the Brooklyn Bridge.

In the days of its opening, and for a long time afterwards, Brooklyn Bridge was the longest suspension bridge in the world. Today more than 120,000 vehicles, 4,000 pedestrians and 3,100 bicyclists cross the Brooklyn Bridge every day.

Every time I visit New York I spend the first morning, jet-lagged, crossing the bridge by foot at sunrise. The best views from Manhattan’s skyline and of course of Brooklyn’s can be caught from there … 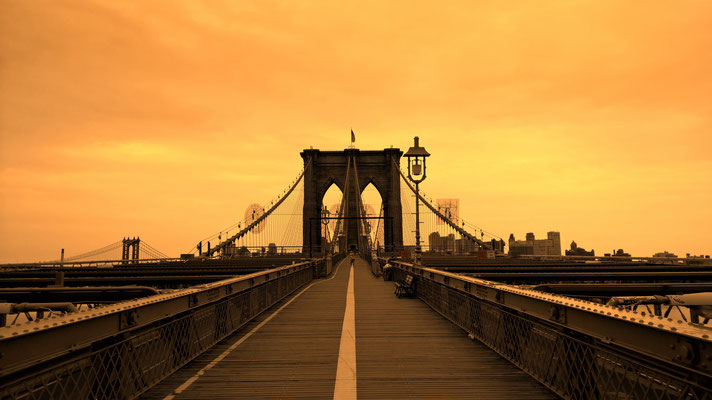 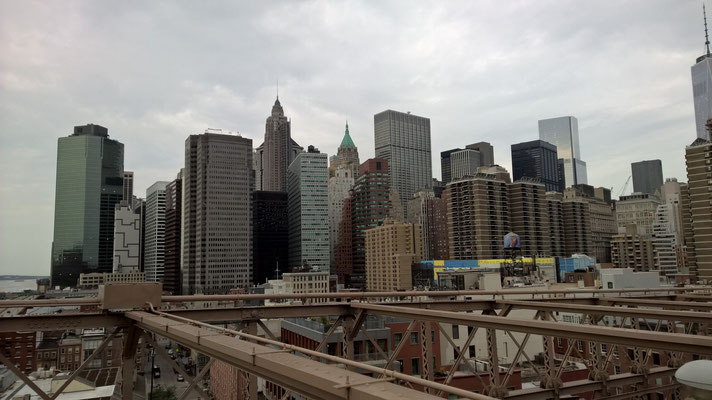 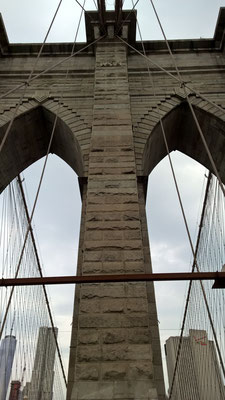 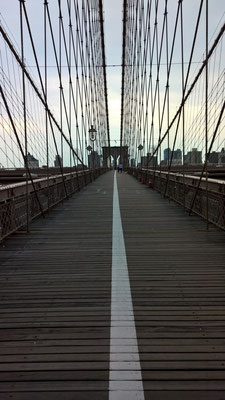 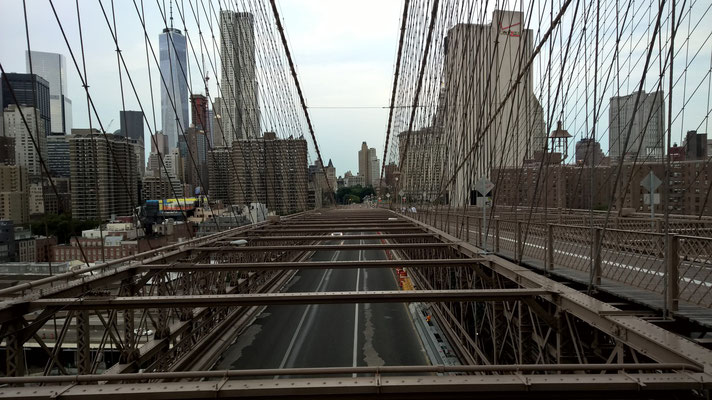 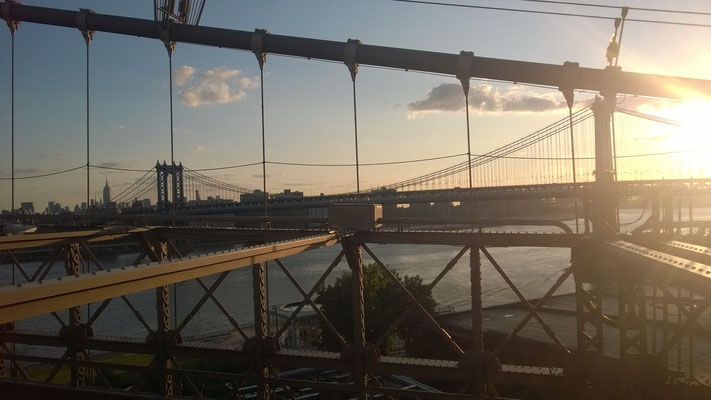 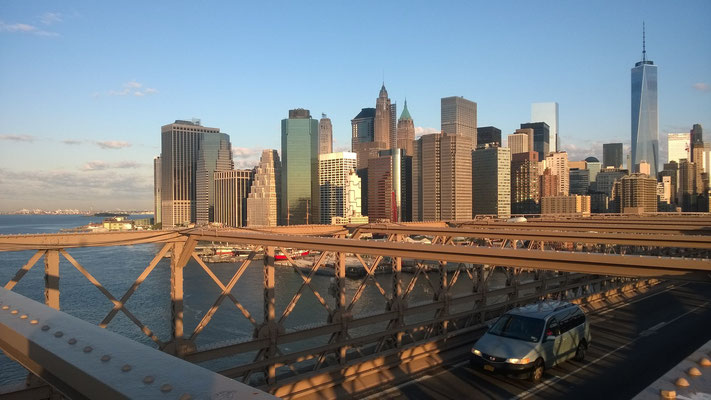 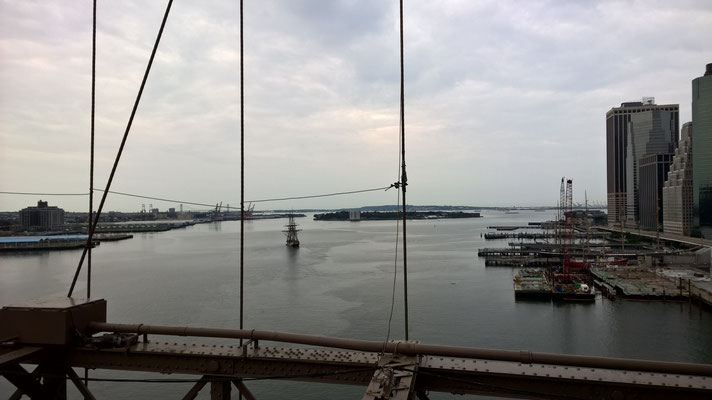