The Cathedral of Speyer

The Imperial Cathedral Basilica of the Assumption and St Stephen or in Latin Domus sanctae Mariae Spirae is the Roman Catholic Diocese of Speyer and has the status of a Papal Basilica. The Cathedral is one of the most important monuments of Romanesque art and is the largest preserved Romanesque church in Europe.

On October 30, 1981, the cathedral was added by UNESCO to the list of cultural heritage of the world as "a major  monument of Romanesque art in the German Empire". Along with Santiago de Compostela (begun 1075), Cluny Abbey (begun 1085) and the cathedral in Durham (begun 1093) the Kaiserdom zu Speyer, as the locals call it, it can be considered the most ambitious project of this time. Nearly completed in 1061 the cathedral was consecrated in 1061.

As burial place of the Salian, Staufer and Habsburg kings and emperors of the Holy Roman Rich of German Nation the cathedral remains a symbol of the medieval empire.

Construction started in 1030 being ordered in 1024 by Conrad II as the Christian western world's largest church and was also supposed to be his last resting place. When he died in Utrecht in 1039 the cathedral was a huge construction site, however, he was brought to Speyer to be buried in the cathedral’s crypt as the first on a list of important German emperors.

His son Henry III Continues the construction. In 1043 his mother Gisela, the empress, dies and is buried besides her husband in the crypt. Henry III dies in 1056 and is laid to rest besides his parents while his wife Agnes and his son Henry IV continue construction. Henry IV in 1081 ordered to tear down parts of the cathedral to rebuild it even greater and larger. Finished in 1106, with a length of 134 meters and a width of 43 meters, it was one of the largest buildings of the world at this time.

Henry IV died Liège in 1106 and was then brought to Speyer for his burial. Henry and the pope were not good friends and he had been excommunicated and therefore had to be buried in the St. Afra chapel of the church. Five years after his death Henry IV's excommunication was revoked and his body was put to rest in the cathedral’s crypt in 1111. His son Henry V dies in 1125 and with him the Salian line of German emperors dies off.

The reign of the Staufer begins with Conrad III, a son of Duke Frederick I of Swabia and Agnes, a daughter of the Salian Emperor Henry IV. Philipp of Swabia, a son of Frederick Barbarossa, died in 1208 and is the first Stauffer king to be buried in the cathedral.

Essentially all eight of these ruled the Holy Roman Rich of German Nation as Kings of Germany, however, the latter four did not carry the title of Holy Roman Emperor. When relations between the Pope and German Kings were good, they were crowned "Imperator Romanum" or "Holy Roman Emperor", but in tense times the Popes refused to crown the King as Emperor therefore the last four remained "uncrowned". 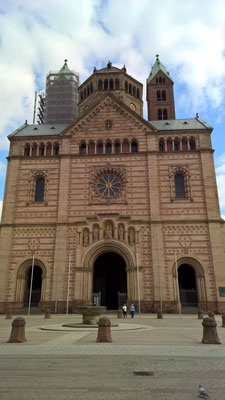 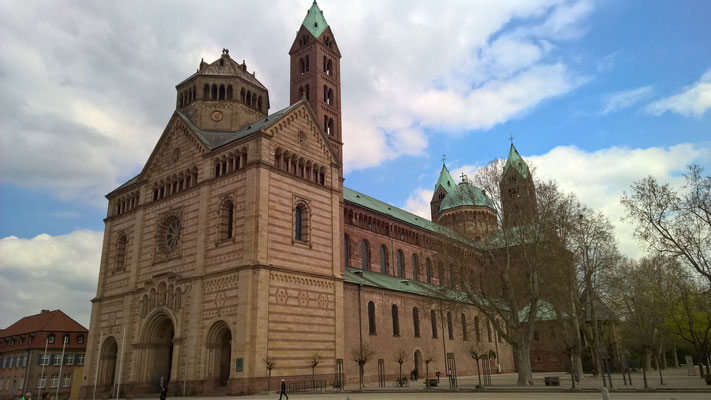 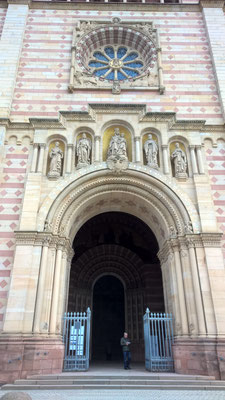 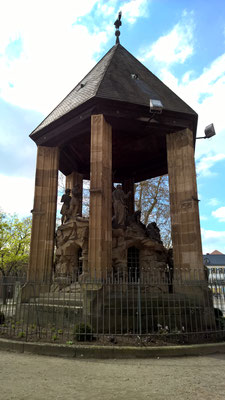 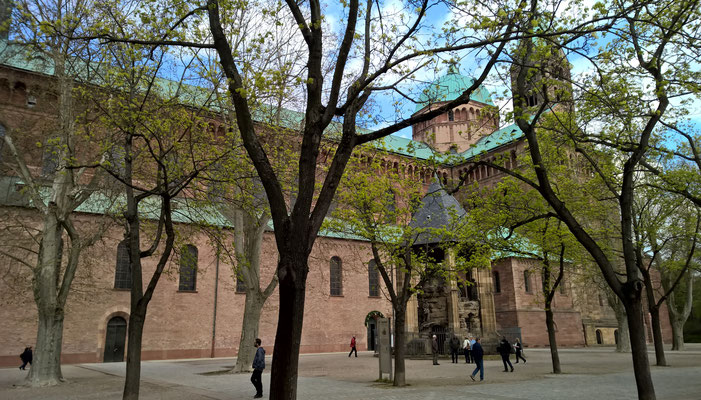 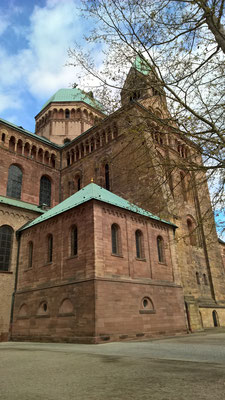 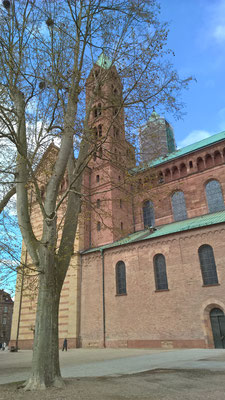 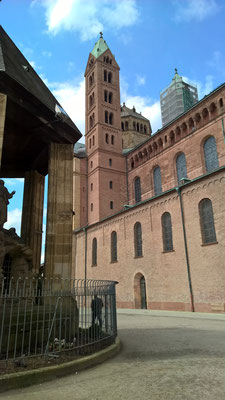