The Old Gate (Altpörtel) is one of the original 68 towers in the medieval city walls and gates and is the city of Speyer’s medieval west gate. Today it is with 55 metres one of the tallest and architecturally most significant of the remaining city gates in Germany.

The Altpörtel was built between 1230 and 1250 on the ruins of a previous tower. The name of the tower refers to its Latin name „vetus porta” which translates, in contrary to the not surviving „nova porta”, as old gate.

In 1511 Speyer's mayor ordered that the tower be rebuilt, using the bottom of the 13th century tower as the foundation but the upper part of the tower was added and completed in 1514. The tower was originally built as an exterior gate, later it was connecting the old town with the suburb of the St. Gilgenvorstadt. Finally in 1708 a 20 meters high roof was added. Originally the Altpörtel was constructed to mark the end of a “Via Triumphalis” that led from the city's western entrance to the cathedral. The boulevard was originally between 25 and 50 meter wide and has a length of 700 meters. On special occasions the emperor would enter the city with a large retinue to travel down the boulevard to the cathedral.

For security reasons, the only openings on the gate's west side are two rows of embrasures while on the eastern side, which is the inner side, the tower is more finely crafted. 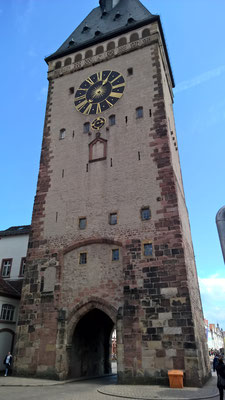 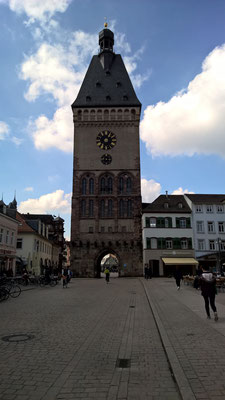 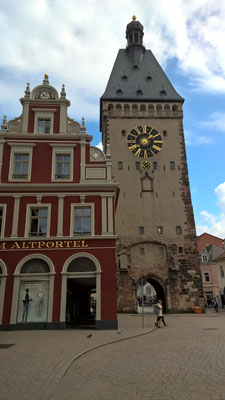 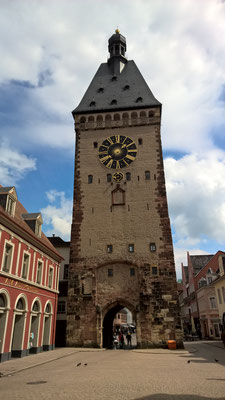 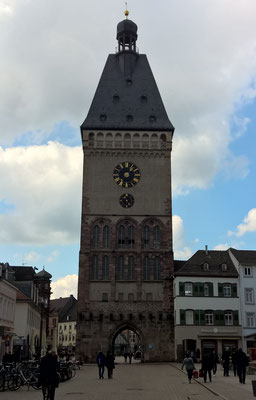